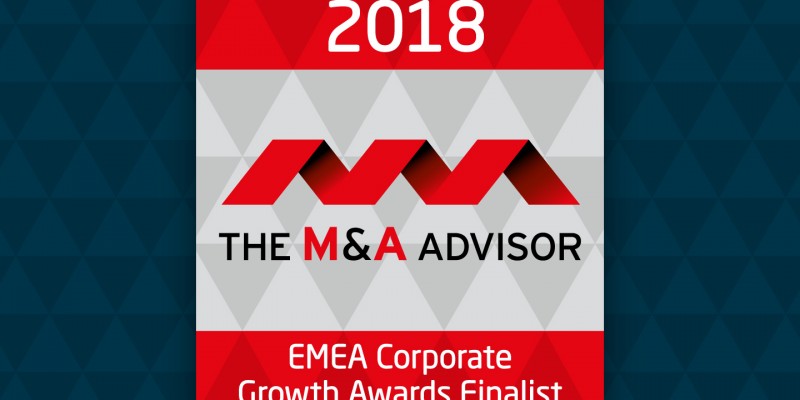 Generational Capital Markets, Inc., a leading mergers and acquisitions advisor for privately held businesses and Member FINRA/SIPC, is pleased to announce one of its deals as a finalist for two awards in the 2nd Annual EMEA Corporate Growth Awards: Transaction of the Year in the £50 million to £75 million category and Industrials Deal of the Year in the Under £100 million category. The M&A Advisor is hosting the awards.

"We are pleased that the excellent work of Phil Pizzurro and Mark Galovic is being recognized by the international business community," said Brenen Hofstadter, Chief M&A Officer with Generational Equity, and President and Supervising Principal with Generational Capital Markets.

"Their perseverance, creativity and professionalism are powerful forces that help corporations grow and prosper while the former owners exit with their financial needs met."

"Since the inception of the M&A Advisor Awards in 2002, we have been recognizing the leading dealmakers, firms, and transactions. And, each year we celebrate the creativity, perseverance, and ingenuity of our industry's professionals," says David Fergusson, President and Co-Chief Executive Officer of The M&A Advisor.

"It is our great pleasure to introduce the 2nd Annual Corporate Growth Awards, presented by S&P Global Market Intelligence, that will recognize and celebrate the leading corporations, transactions, teams and professionals who play a key role in successful corporate growth strategies."

The finalists were selected from nominees in the first stage of evaluation. Now, an independent panel of judges will select the ultimate award winners who will be announced at an Awards Gala on Wednesday, April 25, 2018, at the Lansdowne Club in Mayfair, London.

"We're excited to be a finalist in these two international categories," said Phil Pizzurro, Generational Capital Markets Managing Director and also the lead dealmaker in the transaction.

"The mutual synergies realized from this partnership will further accelerate the company's goal of becoming the global leader in this space."

About The M&A Advisor

In its 20th year, The M&A Advisor was founded to offer insights and intelligence on mergers and acquisitions, establishing the industry's leading media outlet in 1998. Today, the firm is recognized as the world's premier leadership organization for mergers and acquisition, restructuring and corporate finance professionals, delivering a range of integrated services from offices in New York and London.

It has also been recognized for the 2016 M&A Deal of the Year for the acquisition of Pro Trans Logistics Inc. by Action Resources.

Honored to be named a 4-time winner of Investment Banking Firm of the Year.